We were recently contacted by Connecticut Magazine to add our thoughts to a piece being written about the top 10 landscape mistakes. The author wanted our opinion to be limited to stonewall building mistakes, as she was seeking the opinion of other CT based professionals for different aspects of the landscape. When the published piece came out, I was surprised that those that I would consider to be the top 5 on my list, the most common and ubiquitous mistakes weren’t mentioned. Maybe these are considered too obvious to make note of but I see these unfortunate landscape transgressions so often that I thought I’d address them in a series of 5 posts, one for each ‘landscape mistake’. It was tough to put them in order because some of them are intertwined, and all of them are equally important. 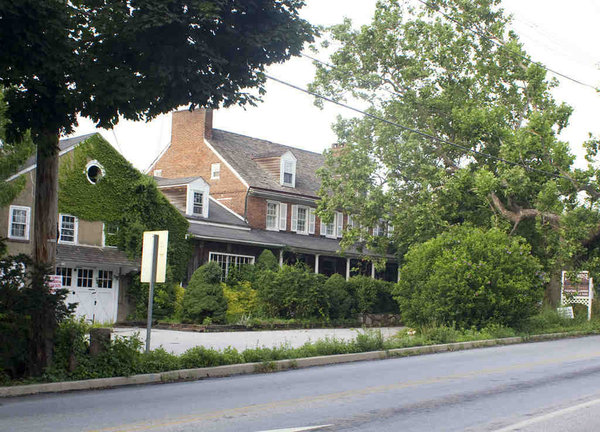 One example of an overgrown foundation planting

Foundation plantings refers to the landscaping that immediately surrounds the perimeter of a building, either the house, garage, garden shed, whatever. The most common mistake is that which is the easiest to make, not making the border big enough or deep enough. It’s understandable and easy to see how this happens. You start off with, say, an azalea or a boxwood that’s no higher than you knees and it seems impossible to imagine what its mature height and width will be, despite what the label says, so you ignore the label and you ‘eyeball it’. Five years whiz by (which is really 5 minutes, in human time) and you’re making an appointments with ophthalmologists and fitness trainers because everything in the house seems really dark and you can’t fit through the front door. Then, it occurs to you. The shrubs have grown so large that they’re overwhelming the house. You then are left with only two choices; extreme pruning, which is more like amputation,  or tearing out your investment and starting over. You can avoid all of this by creating much deeper borders, spacing the plants in accordance with their potential mature growth in mind, and filling the empty spaces, which will be numerous and unattractive looking for a few years, with perennials, ornamental grasses and subshrubs, knowing that these may eventually be sacrificed. We also recommend starting off with the largest size shrubs as you can afford. It’s tempting to pick up a quart sized rhododendron at the local plant sale but don’t plant it in the foundation border. Save that benevolent impulse for a less resolved garden area where it won’t dictate the evolution of your landscape. You can read more about this in the third post, to be entitled Landscape Mistake #3; Working Without a Plan.

A penny for your thoughts. Cancel reply